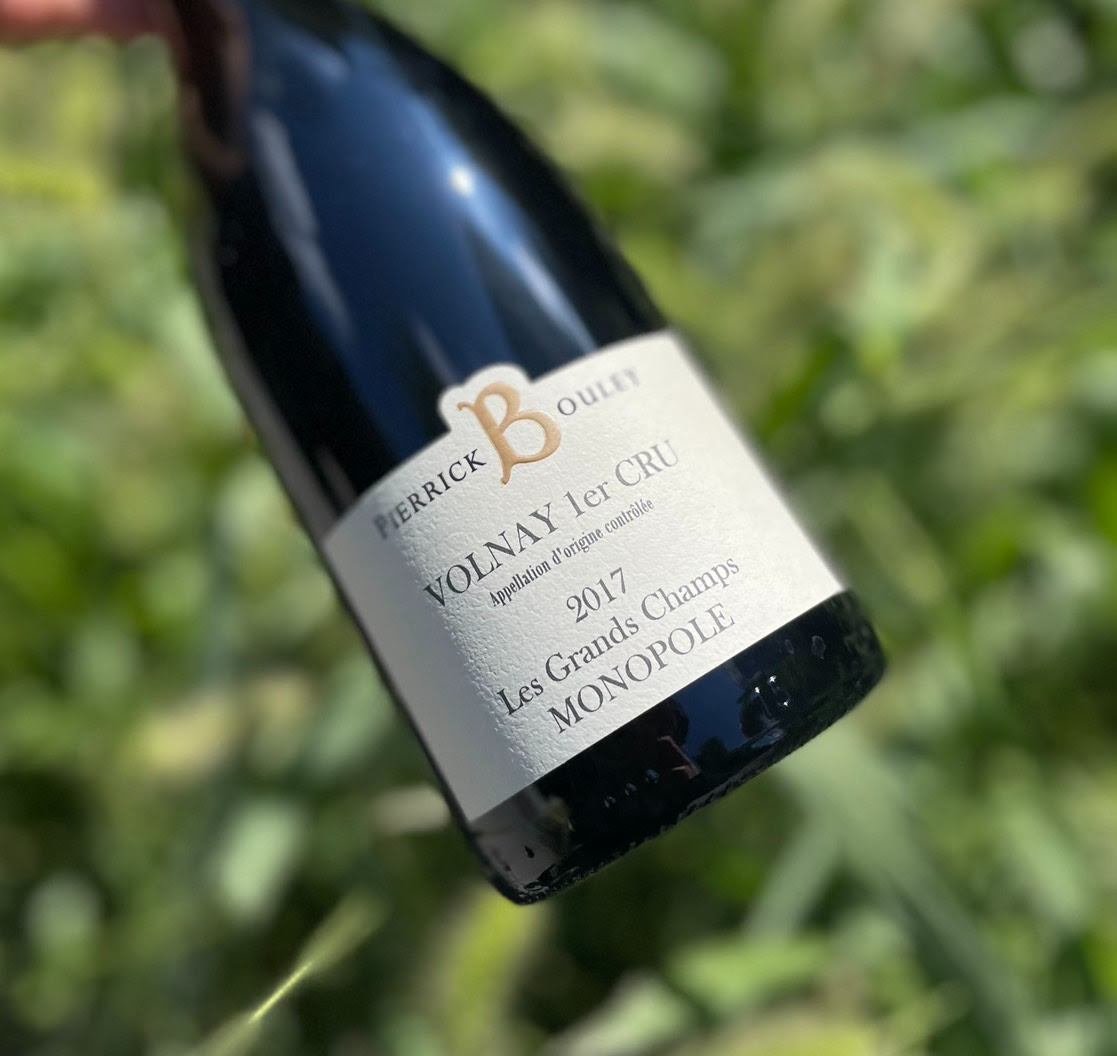 ‘One of the new talents of the Côte de Beaune, Pierrick Bouley is a name you're going to hear a lot more about in the years to come. Of course, Bouley hasn't courted the media spotlight as assiduously as some of his contemporaries; instead, he's been hard at work in the vineyards…[the results] are impressive: seamless, complete wines with superb concentration, beautifully defined by site…Readers shouldn't hesitate to get acquainted with them while they still can.’

2014 was Pierrick's first vintage helming his family's Volnay-based domaine, one that produces little outside the village.  Tiny and widely scattered parcels are the norm, summing to a parcel map that resembles a pointillist painting.  Case in point, their holding in premier cru 'Les Grands Champs' which totals less than a quarter hectare, in fact the smallest of Volnay's numerous premiers crus held in monopole.  Much of the vineyard is classed villages, though a tiny, stony slice at its top apparently merited further distinction. More on all of this to come because, well, you'll be hearing a lot about Pierrick and his wines here.

There are a few interesting features of élévage which can be added to the farming particulars (high-trellising among them) that has prompted the Arnoux-Lachaux comp.  There is no sulfur during vinification, and a general distaste for new oak, both of which seem to aid an admirably undiluted purity of expression.  I'd describe the wines as wonderfully fruit driven, particularly fresh and vital, with attractive 'natural' touches around their perimeters.  They reveal the intricacies of their terroirs with an apparent effortlessness.

The 2017 'Les Grands Champs' has an extra-gear sensual appeal that reaches beyond its peers in 2017.  The nose offers up an ultra-pure mix of red foresty fruit along with some darker shadings, and violet-y top notes add an attractively perfumed feel.  There is some muscle along with '17s vibrancy, but it's the layers of deep, sensual fruit that seem to drive the wine.

Consider this a short introduction to a domaine you will most certainly be hearing more about.  Clear out a little space in the 'ole cellar.