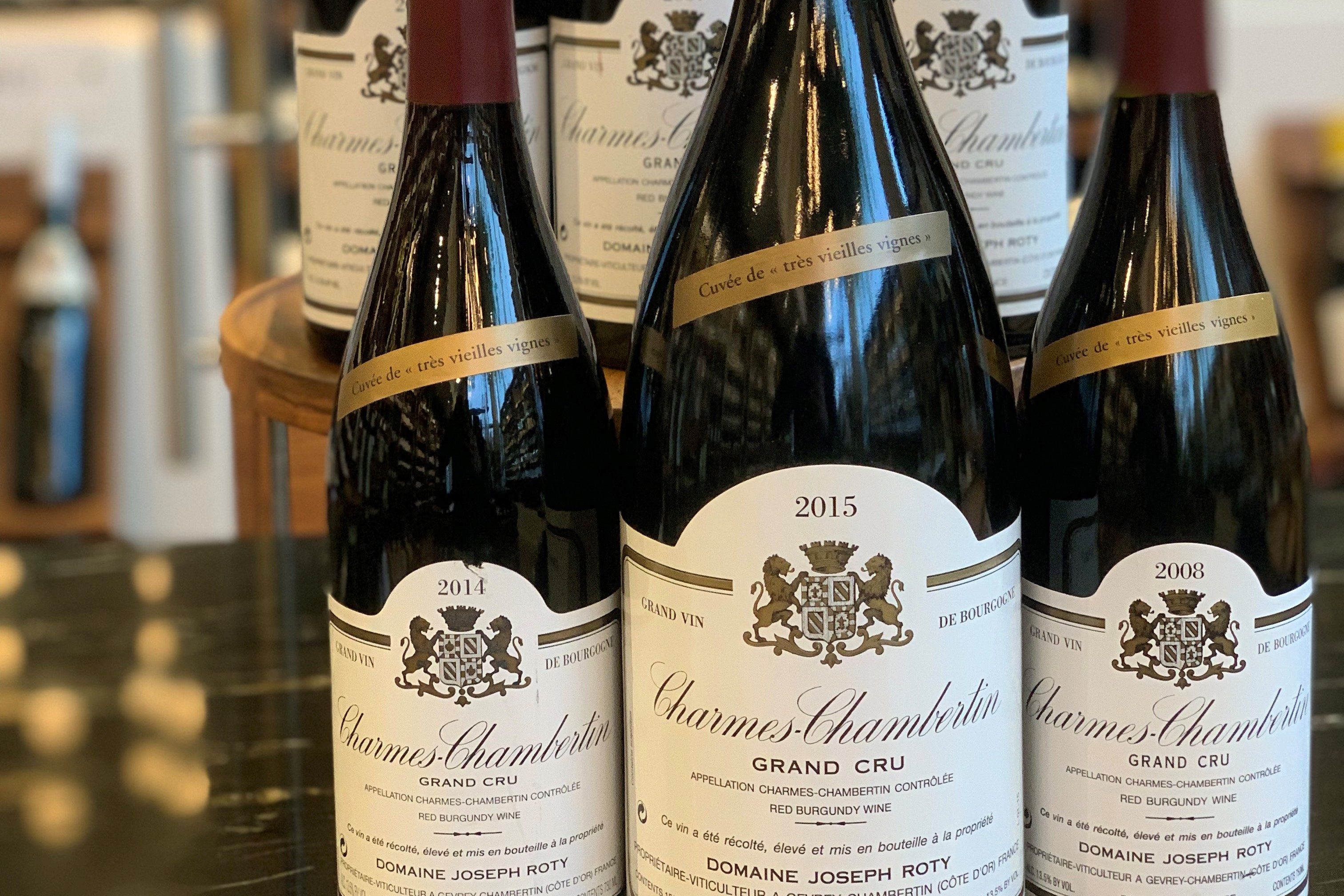 This is not your normal Charmes. The Cuvée TVV was planted in 1881 and the wine is so powerful and spicy, it always reminds me more of Chambertin than Charmes. The Roty Charmes can be tight when it’s young, but it shows amazing depth and complexity when they are ready to go. I have had great experiences with the ‘79 for example and a magnum of the ‘07 was one of the stars at our opening- I love the personality! - Daniel

Domaine Joseph Roty’s Charmes-Chambertin ‘Cuvée de Très Vieilles-Vignes’ issues from some of the very oldest vines in the Côte d’Or. They were planted first in 1881, not long after the approach to grafting onto American rootstocks to ward off phylloxera began in Burgundy, little over a decade after the scourge began in the region in earnest. As vines have died they are replaced by massal selection from this patrimony of ancient material occupying just 0.16ha in ‘Aux Charmes,’ that is Charmes-Chambertin proper.

The Roty style has changed but slowly and while sorting perhaps gets stricter, there are hardly fissures in style between Joseph, Philippe and now Pierre-Jean. There is a reputation for sturdy tannin and more marked oak presence here that has not changed to march along with the fashion for extracting less via infusion; yet ‘it is the right form of extraction, making wines of significant structure for long-term again, rather than a souped-up style.’ as Jasper Morris writes, and indeed the wines offer a structure that is more architectural than it is brutish.

While the wines certainly deserve their reputation for ageability, it would be a mistake to consider that these wines do not offer a wealth of expression in their youth. They are muscular but not taciturn and within a few years from bottling, the toast of the oak rapidly harmonizes with the ripe, spicy fruit. These are furthermore wines that communicate quite clearly the character of the vintage and you will rightly see here as well as anywhere what a difference there is in the string ‘12 through ‘15. All show their place, this determined style of winemaking and the vagaries of different seasons- I encourage you to see for yourself how the eldest fiddles can make such intricate and resonant music.