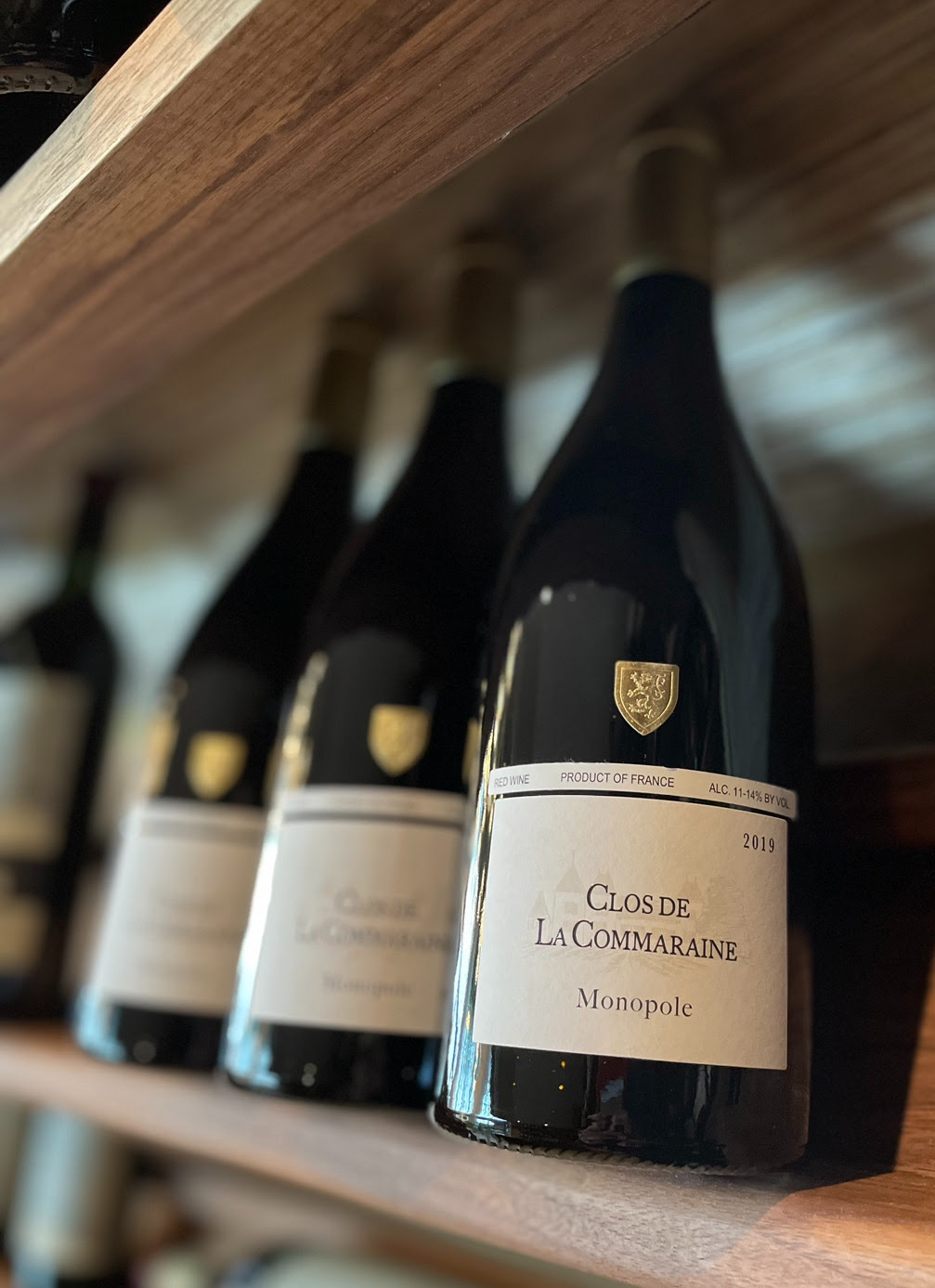 SHOP THE OFFER
On our trip to Burgundy last Fall an unexpected name continued to surface: Pommard.  Despite the village's storied history, rarely do 'Pommard' and 'exciting' find their way into the same sentence.  Let's chalk it up to the Louis-Michel Effect; he has barged his way into Pommard like the Kool-Aid Man, and Burgundy lovers have suddenly turned rapt attention to this most familiar - and yet unexpected - of places.

The Château de la Commaraine and its eponymous clos were sold in 2017 to an American couple who had the good sense to tab the consulting expertise of none other than Vosne-Romanée's Louis-Michel Liger-Belair, whose work with the wine began in 2018.  Louis-Michel is an active presence, overseeing the wine's production up to and including the final blending.

The Clos de la Commaraine itself is a true clos of just under 4 hectares occupying a beautiful mid-slope exposition just north of the village.  The vineyard has been divided into 8 separate parcels based on geological particulars, with certain of these figuring more prominently in the final wine.  One of them, in the northwest corner of the clos, has been identified as a consistent source of particularly mineral, finessed Pommard, and has become a sort of conceptual 'core' around which the rest of the wine is built.

The cold soaking / cold maceration programme is the same as that practiced at the Château de Vosne-Romanée and results in a wine of similarly hedonistic appeal.  The delicate, sweet-seeming aromatic profile you'll be looking for in your first experience with the wine will be there for you.

The wine is entirely destemmed and sees around 60% new oak.  It presents more elegantly than other examples of Pommard, but not necessarily 'lighter.'  The fruit is exceptionally complex, more blue/purple than black, while soft, fragrant touches of orange rind and white flowers add an airy complexity.  The wine expresses a splendid purity, perhaps to the surprise of none who have glimpsed the immaculate, transcendent purity of Louis-Michel's wines from further up the Côte.

The most lasting impression here centers on a wine with one foot firmly planted in Pommard with the other seems to reach toward something not readily associated with this place.  I love that in '19 the wine doesn't sidestep power, but rather convincingly adds to this power a genuine sense of gracefulness and equilibrium.